A downloadable game for Windows


The game tells the story of eight people whose everyday lives are forever changed after a horrific plane crash. They now find themselves stranded in the middle of nowhere, deep in the forests of Alaska. Welcome to a world without civilization, where you and the other survivors are at the mercy of nature — and wild animals starved by the cold!


While the survivors await rescue, their lives are threatened by a number of mysterious entities, unseen creatures and objects that definitely don't belong in this world. And the deeper you go, the harder it gets to survive. Through the storyline you'll desperately try to reach help on the radio, but no one'll answer you. Something is wrong here. In here is no room for mistakes: if you went hunting but forgot to cut some wood for the fire before nightfall, you're dead. If you didn't have time to cook your meat, you might have to eat it raw — and if you don't have medicine, you'll surely die from food poisoning. To stay alive, you'll need to scavenge and craft like a pro.

You can play The Wild Eight on your own, but the game fully opens up in co-op mode. Other players are your only backup — either by sharing resources or covering your back! Even if you were mauled by wolves and "you died" appears onscreen, your teammate can still resuscitate you with a defibrillator (which are very rare to find, by the way).

You can now pre-order The Wild Eight on Indiegogo InDemand

also if you don't know which link to click 64-bit is usually compatible with most PCs so just use that one.

i use 7zip tho also awesome

xD i like how some people don't know how to unzip files xd.

Me too lol thats so crazy

They must be Game journalist

found one, its RAR opener you can find it on the Microsoft Store, its free

i can't find an rar to zip program that does 205mb, can you list one in the description please?

Its an rar file. but how do you open those because it just makes a copy of the game every time i try to open it

you don't open it, you unzip it with an rar unzipper or rar to .zip converter

Please make it multiplayer. Having problems

can you have a download link for mac please i really wanna play this game!!

It'd be nice if traps were reusable. I see no reason why they shouldn't be. Also, throwing stones are essentially pointless. You have to be right up next to the animal for it to even hit, and even then, it stuns them no more than hitting them with the stick, which is equal to the stones in damage anyway.

Hey there was a survival horror game from a few years back (I forgot what it was called) that was in top down. It had a cone of vision mechanic that would let you see under trees and stuff the cone was shined on. Then at night without any light you could only see with the cone. You should add that mechanic to the game. It would make it quicker and easier to pick up items under trees, and make torches more valuable at night. You could also make it so the cone can be increased in your upgrade tree, and have it shorten at low health and low heat. As for multiplayer you could do 1 of 3 things with it. You could make it so you can't see other player's cones at all, or make it so you can see their cones but not see under trees with them, or you could also make it so you can see their cones and see under trees with them. I think this is a really good top down game mechanic that you should include in the game.

I absolutely love this game so far, and cannot wait for the full thing. I keep dying, but yeah, still love it. Did a little playthrough, and here is the first video.

This looks so amazing. Can't wait when it comes out.

any possibility you can get this to mac pls, looks so cool but i only have mac

Reply
Cod Of Ages6 years ago

This seems like a cool game, I have preordered it

will it be free when the final product is finished

Reply
Cod Of Ages6 years ago

No, it will cost money

Except for the wolf's pathfinding and me not knowing what to do about the wolf, had it not gotten stuck, this is extremely impressive :) 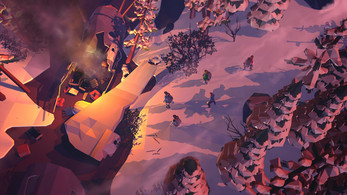 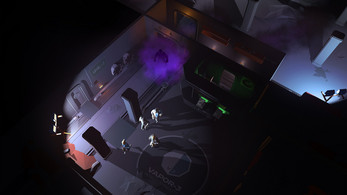 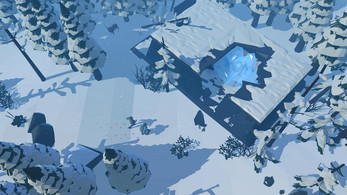 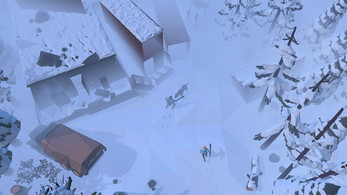 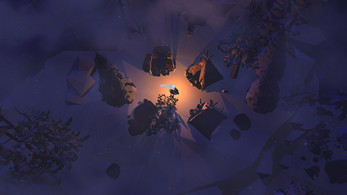